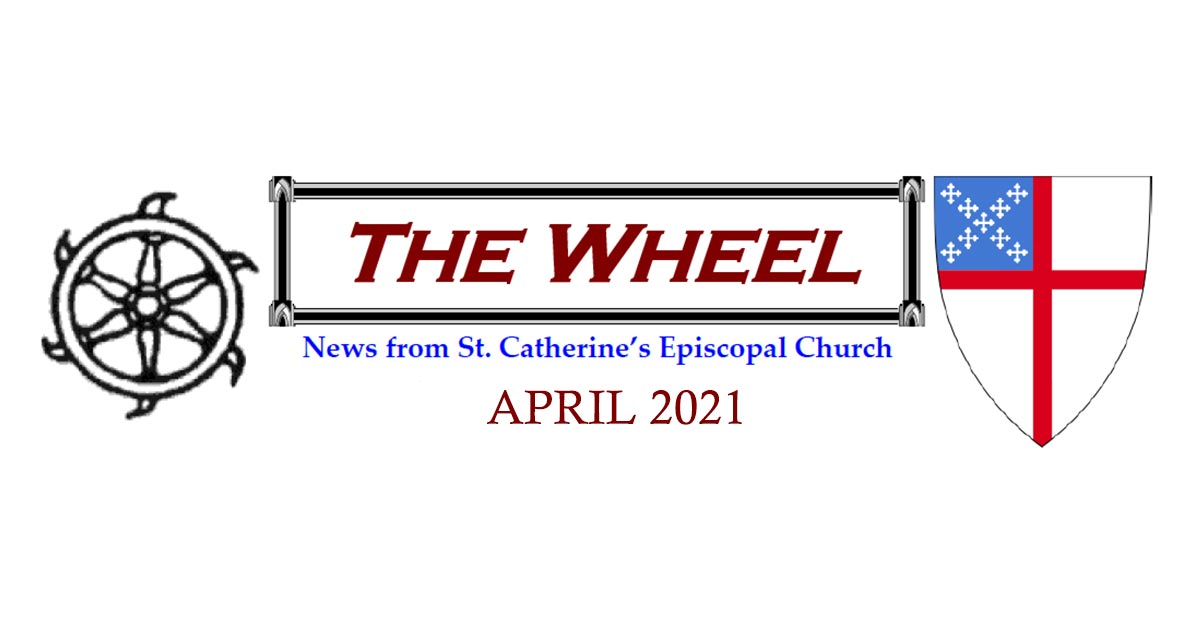 On April 1, the sprinkler system repairman is coming to fix the sprinkler system in my yard. For some reason it has stopped working, as evidenced by the brownish color of the grass around my house.  Most other houses in my neighborhood have greener grass surrounding them, even in this dry season of the year.  Unhappily, the little control box on the side of my house is kaput, or just not working, and my sprinklers don’t turn on as they should early on Thursday mornings.

My brown lawn is an apt metaphor for how life feels about now.  At our last Lenten program several of us remarked at how tired we are, burned out by the pandemic, dried out like brown grass.  Weary with “Zoom” fatigue.  Dry and wasted.

For some reason I remembered Brahms German Requiem and recalled that the second movement begins with these words:

For all flesh is as grass, and all the glory of man as the flower of grass.

The grass withers, and the flower fades.

Even as the world begins to open up a little and the light lingers later into the day and we feel some hope, we may still feel like brown grass that has not been watered.  Brahms continues in his Requiem:

Be patient, therefore, beloved, until the coming of the Lord.  The farmer

waits for the precious crop from the earth, being patient with it until

it received the early and later rains.

Living in Florida, we know very well the cycles of wet and dry seasons.  We know that, soon, the fields of dry, brown grass near my house in Wesley Chapel, will be charged with bright green and both the early and later rains will replenish the land.

Easter always presents itself in a burst of flowers, brightness, song and joy.  But what if we imagined the grandeur of the world as the green returning to a dry land.  Brahms continues this movement of the Requiem:

But the word of the Lord endures forever.

And Johannes Brahms reached into the prophet Isaiah once more and sang:

And the ransomed of the Lord shall return,

and come to Zion with singing;

everlasting joy shall be upon their heads;

they shall obtain joy and gladness,

and sorrow and sighing shall flee away.

It has been a dry and brown, brittle year in this time of pandemic, unrest and turmoil.  We could use some rain – early or later – to replenish us.  I’m looking forward to hearing the “whoosh” of my sprinklers very soon.  In the performance of Brahms Requiem, this second movement, that begins somberly with dry grass, rushes to its conclusion in a great fugue of joy, excitement that can hardly be contained.  Not a bad mood for Easter.

I wish each of you the most joyous Easter, and pray that the early and later rains will refresh our lives and bring us hope.