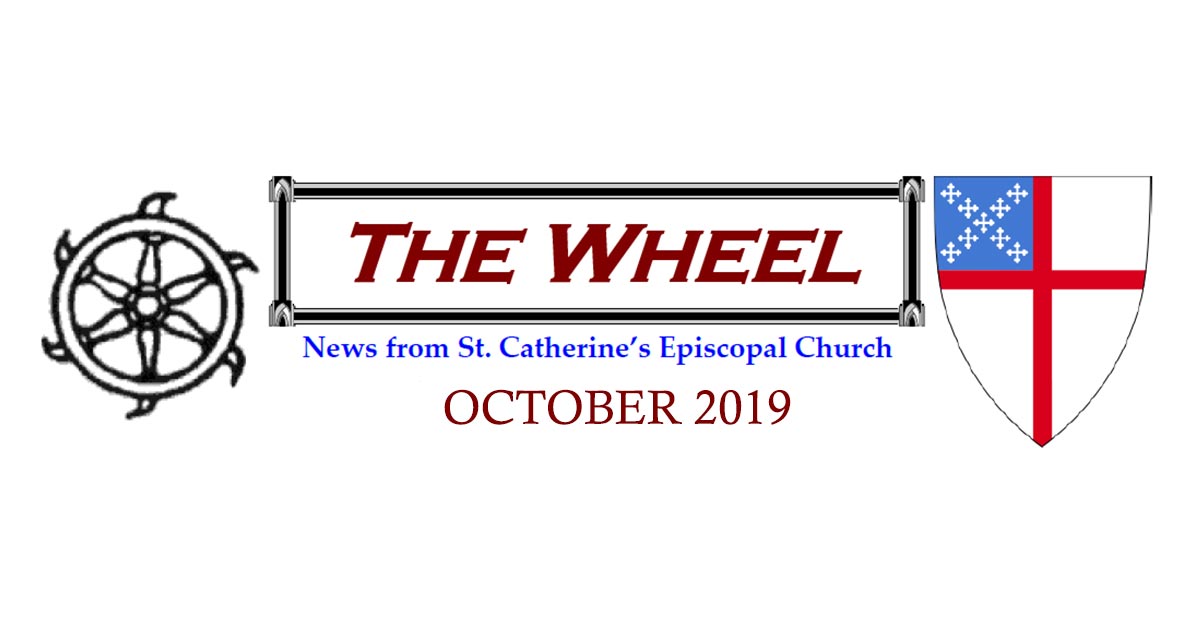 By the time you receive this letter I will have been officially welcomed as your interim rector and we will have celebrated the great Ministries Fair.  We are greeting new people at Sunday worship each Sunday.  I have begun working with the vestry to guide us through this year of grace.  And it is now time for the “serious” work to begin.

During October you will receive several letters – one from the wardens, vestry and me, one from me alone, and one containing a pledge card and instructions for the ingathering of our pledges on November 10.  After 45 years as a priest, I have tried almost every scheme, plan, gimmick, program and project to call churches to be good stewards.  Some programs have worked; some have not.  There are things beyond our control.  But as we move into October (alas, where are the red and yellow leaves!) I want to invite you to consider your life, our life together and the promise of grace that lifts us to joy we cannot make on our own.

If you know me, you will think this is out of character, but I have been watching the PBS documentary series on country music developed by Ken Burns.  It is mesmerizing, in part because some of my ancestors looked and talked like some of the pioneers of country music.  My musical tastes generally run to opera and symphonies – with a detour through jazz and folk music.  But there is no denying the power of country music to touch hearts, stir passions and just be beautiful music.

Many years ago the Carter family sang a song, “Let the Circle be unbroken.”

Will the circle be unbroken

It became an iconic song.  Over the years, country music styles came and went – hillbilly music, bluegrass, western country, country swing, Nashville sound, Bakersfield sound, etc.  Sometimes performers of one style considered others with distaste.  But, in the early 1970’s when our whole nation was rent asunder by the Vietnam war, culture wars, and political fighting, the Nitty Gritty Dirt Band came to Nashville, looking like hippies, with their own bluegrass-like sound.  They managed to recruit Earl Skruggs and other stalwarts to record with them.  They called their album after its best song:  Let the circle be unbroken.  It became a legendary album and a transformative moment in the history of country music.

You don’t have to believe the cosmology of the song to be touched by its vision of reconciliation and wholeness.  We are all included in the great circle that we hope will be unbroken.  It extends back in time and stretches forward, always enlarging to include us all.  As we undertake the hard work of stewardship during October, let our circle be unbroken.  Remember those in our circle who went before us, planting this church, gathering in prayer and faith, building the beautiful building, reaching out to the community around them.  Let the circle be unbroken.  Remember those who will follow us. See them believing that God is present in this place and reaching out to serve the community in God’s name.  Let the circle be unbroken.

Yesterday I was looking at a photograph of my granddaughter Claire, as a baby sitting in my mother’s lap.  Clearly the circle is unbroken and I hope will stay unbroken.  In this year of grace at St. Catherine’s let us sing the glory of the circle of God’s grace and life.